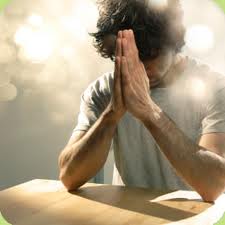 There are many misconceptions of what hypnosis is. Most of these misconceptions are perpetuated by the popular media. The truth is, hypnosis has been used throughout history and continues to be used today, both legitimately and fraudulently. I decided to write this article to clarify just what hypnosis is exactly and what it is not for inquiring minds and to help those that could truly benefit from the true, legitimate practice of hypnosis. I will start by addressing the misconceptions of hypnosis and tell you.Advanced hypnotherapy training Sessions are very important for every one.Hypnosis is not a form of mind control despite its portrayal in movies as such… you know, the guy dressed in the black tuxedo with big, bushy eyebrows that can swing his pocket watch as a pendulum before people’s eyes to make them cluck like chickens upon the snap of his fingers… No, hypnosis is not capable of taking over another’s free will.

Hypnosis is not brainwashing and is not capable of controlling a person’s behavior and judgment. Hypnosis is not caused by the hypnotist’s “power”, as this would allude to the possibility of “mind control” of which there is no hard scientific evidence.It is also a big misconception that hypnosis is possible only upon weak-minded individuals. In actuality the ability to enter a hypnotic state has nothing to do with one’s intelligence. The hypnotic state can be reached by any individual through self-hypnosis techniques however the ability to be hypnotized by an outside party (hypnotist) is dependent more upon genetic factors. Neither is hypnosis dependent upon individuals with vivid and overactive imaginations.Hypnosis as a process is not necessarily time-consuming nor does it require the subject to be completely relaxed.

And although named for the god of sleep, hypnosis is not sleep. According to the Merriam-Webster Online Dictionary, hypnosis is “a trance like state that resembles sleep but is induced by a person whose suggestions are readily accepted by the subject”.Now I will delve into what hypnosis is and real world applications of hypnosis. There is a plethora of ways in which hypnosis has been and still is used today in treating mental, physical problems.Hypnosis is used to treat obesity, anxiety, depression, phobias, fears and habits such as quitting smoking. Hypnosis is used to alleviate the pain associated with cancer and other chronic illnesses.

Open Maps Widget for Google Maps settings to configure the Google Maps API key. The map can't work without it. This is a Google's rule that all sites must follow.

"Almost everything was just terrific! The hypnosis sessions encouraged me a lot. It gave me a new sense of self belief."
- Alice Lowe, Houston